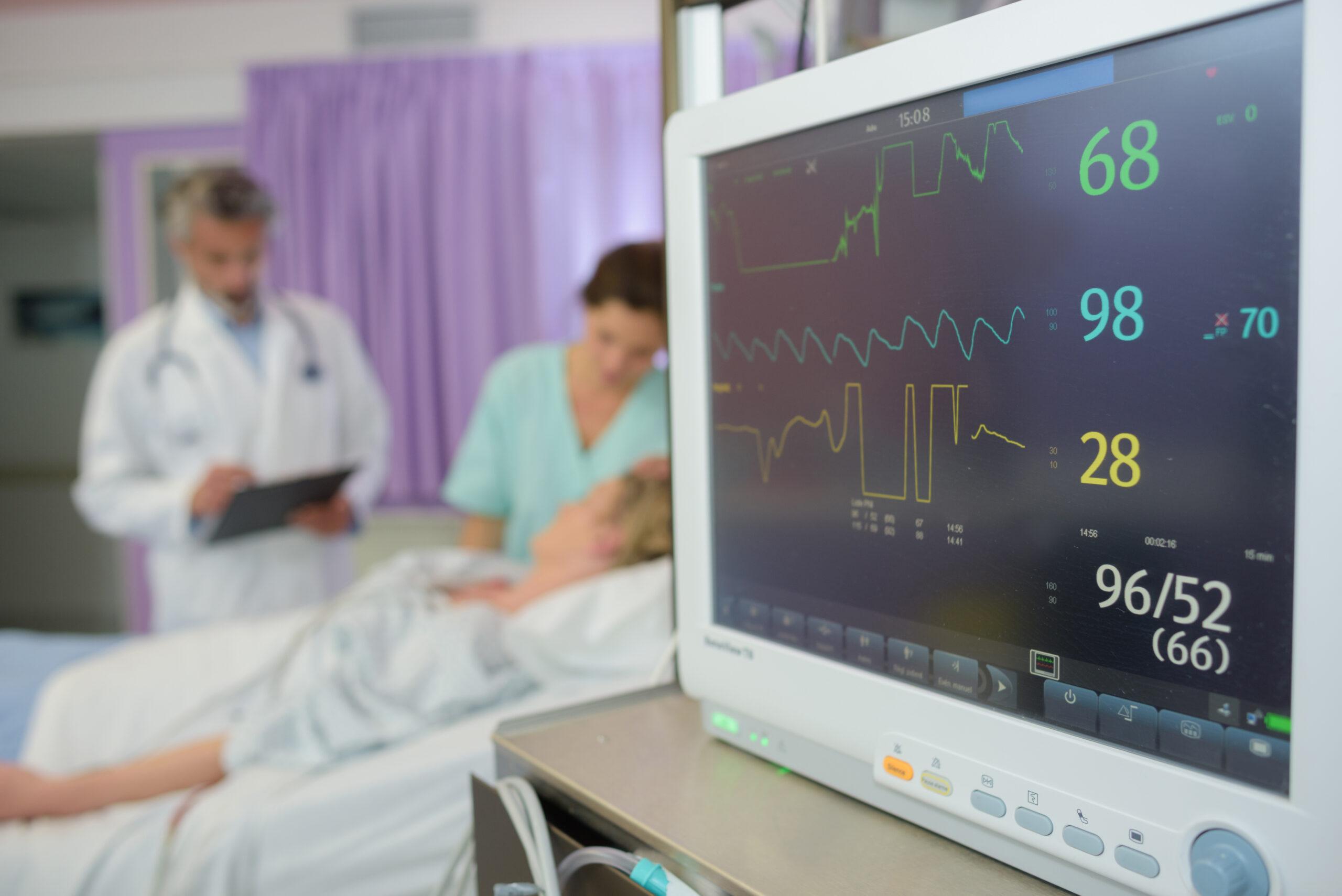 Rapid Response Teams: What Are The Benefits?

Even under the best of circumstances, outcomes for patients who experience in-hospital cardiac arrest (IHCA) are bleak. IHCA affects an estimated 292,000 adults in the United States per year, and only 1 in 4 survive.1,2 With statistics like those, it makes sense to consider not only how to optimize Code Blue response, but also how to prevent cardiac arrest from happening in the first place.

That’s where rapid response teams come in. Made up of critical care clinicians, these teams are trained to respond promptly to the bedside of any patient showing warning signs of deterioration. And while the structure, design, and implementation of the teams vary across hospitals, the concept is the same: identify at-risk patients and intervene early to prevent an emergency event.

Rapid response teams have become a popular solution in hospitals since they began to take hold in the mid-2000s. So it’s worth asking the question: Do they work? More specifically, how do they benefit patients and staff, where do they fall short, and what does it all mean for hospitals? Keep reading to find out.

The rise of rapid response teams

Rapid response teams first emerged in Australia in the 1990s, but it was a decade later before they began to increase in popularity. In 2005, the Institute for Healthcare Improvement (IHI) launched its 100,000 Lives Campaign, a six-pronged approach to improving hospital outcomes.3 Rapid response teams were a key component of the program, and their popularity began to take off from there.

While the IHI initiative was the trigger, the rise of rapid response teams was also made possible by a more gradual mindset shift occurring among healthcare workers. Historically, hospital culture was marked by widespread reluctance to ask for support during early patient deterioration. Nurses didn’t have a process to reach out, and they feared that doing so would make them appear weak or incapable. And when they did muster up the confidence to escalate the situation, residents and physicians would often underestimate or disregard their assessment. Thanks to these less-than-ideal dynamics, it was not uncommon for a deteriorating patient to stay in the medical-surgical unit rather than transfer to the intensive care unit (ICU) — where they likely would have received more appropriate care and monitoring.

Fortunately, the go-it-alone mindset gradually began to change for the better as clinicians realized that a team-based approach often served patients’ needs best.

But does the research support these assumed and perceived benefits? In reality, the data on rapid response teams and patient outcomes is more mixed than you might think. Let’s take a look:

The bottom line: Data doesn’t demonstrate a clear, overwhelming benefit when it comes to rapid response and patient outcomes. While these teams can help prevent cardiac arrest outside of the ICU, the evidence doesn’t indicate a positive impact on the overall mortality rate.

When it comes to nurse satisfaction, the advantages of rapid response are much clearer. Nurses play a crucial role in rapid response and are often the first to activate the team when a patient shows signs of deterioration. They benefit from rapid response in several key areas:

Once rapid response is called, the idea isn’t for nurses to step aside and allow members of the team to take over. Instead, the goal is for the critical care clinicians to work side-by-side with the nurse who activated the response. Nurses benefit from this real-time education and are able to build their knowledge base and develop clinical skills related to patient deterioration.9

Of all clinical staff, nurses often spend the most time with the patient. As a result, they are uniquely positioned to notice and sound the alarm when something seems off, even in cases when it’s based largely on gut instinct. Rapid response systems recognize and capitalize on this strength — and in doing so, empower nurses to activate early intervention for patients in need.

For nurses, the multidisciplinary, team-based approach of rapid response reduces stress and alleviates the pressure to care for a patient without help or support. And with many hospitals and ICUs currently filled to capacity, nursing stress levels are higher now than ever. Supporting nurses in managing deteriorating and acutely ill patients is especially important in this context.

Now that we’ve taken a closer look at the data, what does it mean for hospitals? Here’s our take:

1. Although the data is mixed, rapid response still offers clinical benefits. No, the data doesn’t show an overwhelming benefit when it comes to patient mortality. But there are still important advantages to consider, like a reduced number of cardiac arrests outside the ICU.  Many patients will benefit from careful surveillance of their health status and prompt intervention based on objective biological data.

2. The benefits to nursing staff are significant and should not be overlooked. For nurses, rapid response teams reduce stress, empower them to reach out, and strengthen their clinical skills. Particularly at a time when hospitals are facing staffing shortages and nurse retention challenges, it’s crucial not to disregard these other (seemingly less tangible, but equally valuable) benefits of rapid response.

3. Optimization and continuous quality improvement can help hospitals get the most out of rapid response. Although rapid response teams are common, their structure and implementation vary considerably across hospitals. It’s worth experimenting with different approaches and considering how your team might be changed or improved — for the benefit of patients and staff alike. For example, one study of rapid response teams found that high-performing IHCA hospitals were more likely to have4:

For hospitals looking to optimize their existing team, these kinds of considerations can serve as a good starting point. Regularly evaluating the rapid response system, gathering feedback, and making improvements can help improve both staff satisfaction and patient outcomes.

The information provided in this article is strictly for the convenience of our customers and is for general informational purposes only. Publication by Nuvara does not constitute an endorsement. Nuvara does not warrant the accuracy or completeness of any information, text, graphics, links, or other items contained within this document. Nuvara does not guarantee you will achieve any specific results if you follow any advice in the document. It may be advisable for you to consult with a professional such as a lawyer, doctor, nurse, business advisor, or professional engineer to get specific advice that applies to your specific situation.

Nuvara is a medical device company pioneering emergency information and inventory management technology throughout the hospital.

This website uses cookies to improve your experience while you navigate through the website. Out of these, the cookies that are categorized as necessary are stored on your browser as they are essential for the working of basic functionalities of the website. We also use third-party cookies that help us analyze and understand how you use this website. These cookies will be stored in your browser only with your consent. You also have the option to opt-out of these cookies. But opting out of some of these cookies may affect your browsing experience.
Necessary Always Enabled
Necessary cookies are absolutely essential for the website to function properly. These cookies ensure basic functionalities and security features of the website, anonymously.
Functional
Functional cookies help to perform certain functionalities like sharing the content of the website on social media platforms, collect feedbacks, and other third-party features.
Performance
Performance cookies are used to understand and analyze the key performance indexes of the website which helps in delivering a better user experience for the visitors.
Analytics
Analytical cookies are used to understand how visitors interact with the website. These cookies help provide information on metrics the number of visitors, bounce rate, traffic source, etc.
Advertisement
Advertisement cookies are used to provide visitors with relevant ads and marketing campaigns. These cookies track visitors across websites and collect information to provide customized ads.
Others
Other uncategorized cookies are those that are being analyzed and have not been classified into a category as yet.
SAVE & ACCEPT